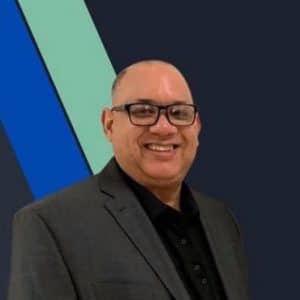 Angelo Lagares is the Founder and Director of Latino Recovery Advocates,(LARA),  a non-profit organization that promotes recovery services in Spanish and advocates to change policies in an effort to promote cultural competency and provide culturally appropriate services. LARA’s mission is
to create Recovery Community Organizations in Spanish that will ultimately reduce health disparities among the Hispanic communities.

He has worked as an activist and leader in prevention in treatment services internationally. Since 1991, he has received extensive professional training and development throughout the years. He trained with Boston University Public Health and CASA in The Joined Together Program in 2009 until 2012, Introduction to Certified Addiction Professional at Palm Beach Community College in 2008, and Human Service Specialist at Boricua College in New York in 2004. He was one of fifty advocates nationwide to be chosen to lead Mobilize Recovery, funded by Facebook’s Community Leadership program, which was aimed at changing public and professional attitudes about addiction recovery and breaking the intergenerational stigma surrounding addiction.
In May 2019, Angelo met with Congress, in Washington, DC, and spoke to Senators regarding the importance of reducing health disparities and to improve the quality of services to Latinos. Angelo was also chosen as one of twelve storytellers featured in the powerful “Stop Opioid Silence” campaign supported by the Partnership for Drug-Free Kids and Facebook. Angelo was the only Spanish speaker on the panel and his story was viewed and shared thousands of times. The “SOS” campaign received over 50 million shares and impressions in its first week, positioning Angelo as a vital, dynamic, influential, voice in the recovery and Latino community. Angelo’s hands-on approach is powerful and effective and he has built a network of Latino advocates, who, just like himself are passionate about translating recovery for communities in Latin America and the United States. Angelo was the director of therapeutic communities in the 90’s and also does extensive work in prevention and advocacy in Latin America. He presents research at professional conferences, builds programming with other leaders, and works tirelessly to uplift Latino voices in recovery.