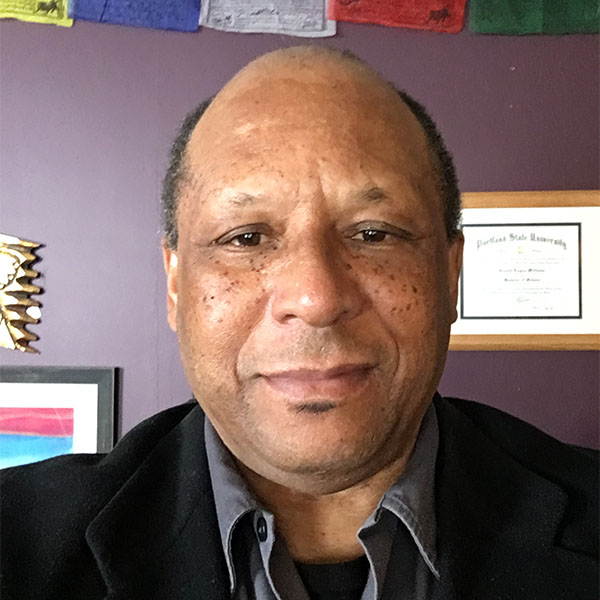 Ron Williams is an Industrial Areas Foundation trained Community Organizer residing in Portland, Oregon.  Has been a local and national leader in recovery advocacy since 2001.  Ron is a person with lived experience in substance use disorder, homelessness, and engagement with the criminal justice system.

Ron holds a Bachelor of Science in Political Science from Portland State University, is a co-founder of the Recovery Association Project, an original member of the National Recovery Movement and a founding board member of Faces and Voices of Recovery.

Ron has served on national boards and leadership teams including, ELCA Congregational Based Organizing Team, US Action Board of Directors, and Alliance for a Just Society Board of Directors.  Ron has also worked as a union shop steward and served on the Oregon Bakers Local 114 Executive Board.

Ron is the father of two adult sons and three grandchildren.  Ron enjoys spending time on the golf course where he maintains a handicap in the low twenties.

Ron currently Co-Chairs the Oregon Drug Addiction Treatment and Recovery Act (M110) Oversight and Accountability Council and is the Director of Outreach for the Health Justice Recovery Alliance.